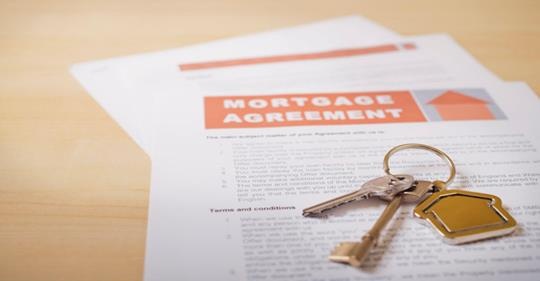 The mortgage rate someone lands when they buy a house depends on many things, including their credit score, debt load and the particular lender. But a new study by online mortgage marketplace LendingTree reveals there’s another factor that plays a surprisingly significant role in the rate they lock in: which state they live in. An even bigger surprise? The state that emerged as the bargain of the bunch.

Currently, the national average for a 30-year, fixed-rate conforming loan is 4.84%. But California—emblem of all that is expensive in every other aspect of real estate—has the lowest average mortgage rates in the nation, clocking in at 4.74%. Even when folding in other costs related to securing a mortgage, including points and fees—a calculation known as the annual percentage rate, or APR—California fares the best of the bunch, at 4.83%. The next best performers, rate-wise, include other states not particularly known for real-estate steals: New Jersey, Washington and Massachusetts, in that order.

Does that mean other states famed for high costs also smell like roses? Not so fast. The biggest loser on the list, from the borrower’s perspective, is New York, where rates average 4.96% and APR reaches 5.07%. But while you might expect expensive everything in Manhattan’s homeland, high rates were also found in less assuming locations, including Iowa, Arkansas, Oklahoma and Maine.

“The differences in the states are driven by local competition and business costs,” said Tendayi Kapfidze, chief economist for LendingTree, which is headquartered in Charlotte, N.C. While LendingTree’s study analyzed conforming loans, “it would be logical to assume that jumbo loans would follow this pattern,” he said. This study is the first time LendingTree has looked at average rates by state, Mr. Kapfidze said.

Business costs include whether a state requires “judicial foreclosure,” whereby a lender has to go to court to foreclose on a borrower, said Mr. Kapfidze. Judicial foreclosure adds an average of one year to the process and $1,100 to the cost of foreclosing on a property, said Brian D. Feinstein, assistant professor of legal studies at the Wharton School at the University of Pennsylvania.

However, while judicial-foreclosure rules add costs for lenders, it’s simplistic to assume they jack up rates. In a 2018 study published in the Journal of Empirical Legal Studies, Mr. Feinstein found that judicial foreclosure makes lenders more conservative—meaning they turn down borrowers who might have been approved in non-judicial foreclosure states.

“But then they do offer lower rates to those who are approved for those loans,” said Mr. Feinstein, citing his own research and that of other academics.

That California offers the lowest average rates in the nation left Mr. Feinstein “frankly surprised.” The state is famous for high costs and high regulation. However, another California high—its real estate prices—make it an appealing place to do business. Many fixed costs to originate a loan—the financial analysis, signature-gathering and processing—are the same whether the loan is for $100,000 or $1 million, said Mr. Kapfidze. The average conventional loan size in California is $313,508, 68% higher than in Oklahoma, one of the states with the highest average rates, according to LendingTree’s data.

Competition also drives down price. There were nearly 100,000 people based in California who were licensed to engage with consumers in some aspect of mortgage lending in 2017, according to data from the Nationwide Multistate Licensing System, a registrar of non-depository financial services. That’s nearly twice as many as in Texas, the state with the next-largest number of people licensed to work in real-estate lending.

A few things to consider when comparing average mortgage rates by state:

• Who is applying. “A big part of the variation is in who is walking in the door to get loans,” said Mr. Feinstein. In states where regulations make mortgages harder for some borrowers to secure, they may not even try to get a loan, which can skew statewide results.

• What’s your number? Credit scores have a far bigger influence on the rate consumers get than the state they live in. Nationwide, consumers with scores over 760 averaged APRs of 4.79%, compared with 5.16% for scores from 680 to 719, LendingTree found.

• Keeping it close. Even with digital marketplaces and online lenders that allow borrowers to cast a wide net when hunting for a mortgage, borrowers still typically hire a local broker, said Mr. Feinstein. That means they may not be exposed to the full spectrum of competition.